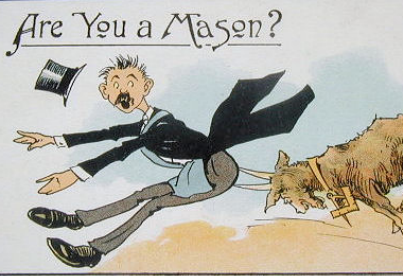 As a boy in Alabama, Hank Williams would go out to the car at night and listen to country music broadcast from a million-watt, outlaw radio tower in Mexico. It was owned by a doctor who made a fortune sewing goat testicles into politicians and movie stars. Dr. John Romulus Brinkley inserted so many goat gonads into Hollywood actors that it inspired the film term “goat gland,” the grafting of talkie sequences into silent movies. Doc Brinkley got rich with his drunken operations during the Great Depression. His radio station advertised his special medical services, which he claimed could revitalize his patients’ love lives.

The doctor’s “Sunshine Station Between the Nations” was so powerful it could be heard in Canada. It was said to turn on car headlights, make bedsprings hum, and bleed into phone conversations. Del Rio, Texas ranchers claimed they heard it through their barbed wire fences and dental work.

Why does the Bible associate goats with evil? Sheep nibble, but goats eat the roots and destroy everything. When Jesus returns, He’ll separate the sheep from the goats. The satanic symbol called the Baphomet is depicted as half-goat, half-human, part-male, part-female. To many occult societies, the goat symbolizes the sign of Saturn and the mythological Pan, the god of rustic music. These occult societies trace their origins back to Freemasonry and its founders—Hiram Abiff and King Hiram of Tyre. Or should that be “he-ram” of Tyre?

If we’re talking country music, Hank Williams is the greatest of all time, but how many country fans know that Hank isn’t the name on his birth certificate? Williams’ father was a freemason, his mother a member of the Order of the Eastern Star. They named their boy Hiram King Williams, after King Hiram of Tyre. But Hank Williams had a third name—Luke the Drifter.

As his alter ego, he recorded songs and recitations about the Gospel. Bob Dylan said he played the Luke the Drifter record so often he nearly wore it out. “That’s the one where he sings and recites parables, like the Beatitudes,” Dylan said. “I could listen to the Luke the Drifter record all day and drift away…” Hank knew the material wouldn’t yield honky-tonk hits, but he insisted on recording it anyway. The musicians who got their start on Brinkley’s outlaw radio station, like the Carter Family, inspired Hank Williams, who in turn preached the light of the gospel to fellow travelers on that lost highway. It all goes to prove that even if you’re born under the influence of the goatman, it’s not dark yet—there’s still a chance to see the light like Luke the Drifter.

Max McNabb is a writer from Lubbock, Texas, and the editor of TexasHillCountry.com. He grew up on the family farm outside of Ropesville, Texas. Though Norm Macdonald once called Max a “lonesome drifter,” he still lives in West Texas. He is the author of the Beloved Captive Trilogy of historical novels: Far Blue Mountains, Deathsong, and Sky Burial.